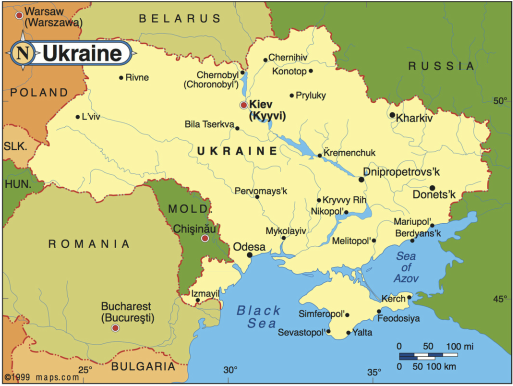 Located on the northern coast of the Black Sea, Ukraine, in many ways, is the dividing point between the east and the west.  Here are some quick facts:
L'viv is the "hub" of Western Ukraine, with the metro area consisting of about 1.5 million people. It is often viewed as the vanguard of Ethnic Ukrainian Identity as well as “more European” by other Ukrainians. It is located just north of the Carpathian Mountains and a close train ride from Poland, Slovakia and Hungary. The language spoken there is Ukrainian.  In the summer time, the city comes alive with outdoor cafes and tourists while the multiple parks and nearby mountains become a favorite spot, especially among university students.